Aldo van Eyck’s office building Tripolis in Amsterdam Zuid offers an unusually generous amount of m2 per person for this day and age. Characterised by its cross-shaped towers, connected by patios and lower, tent-like structures, it offers a spectacular inner quality that we seized gratefully. Within Tripolis, we built Flowpolis.

To enter, the visitor passes through a tunnel that functions as a mental reset before releasing them into vibrant tones of colour and light. To retain the large scale quality of the space while also creating levels of intimacy, we assigned each space its own identity and divided them with monumental, semitransparent industrial curtains. The first area is the workspace, consisting of meeting rooms, desk spaces, and a rund conference table, all furnished from our Boring Collection, which we paired with lavish green to lighten the atmosphere. 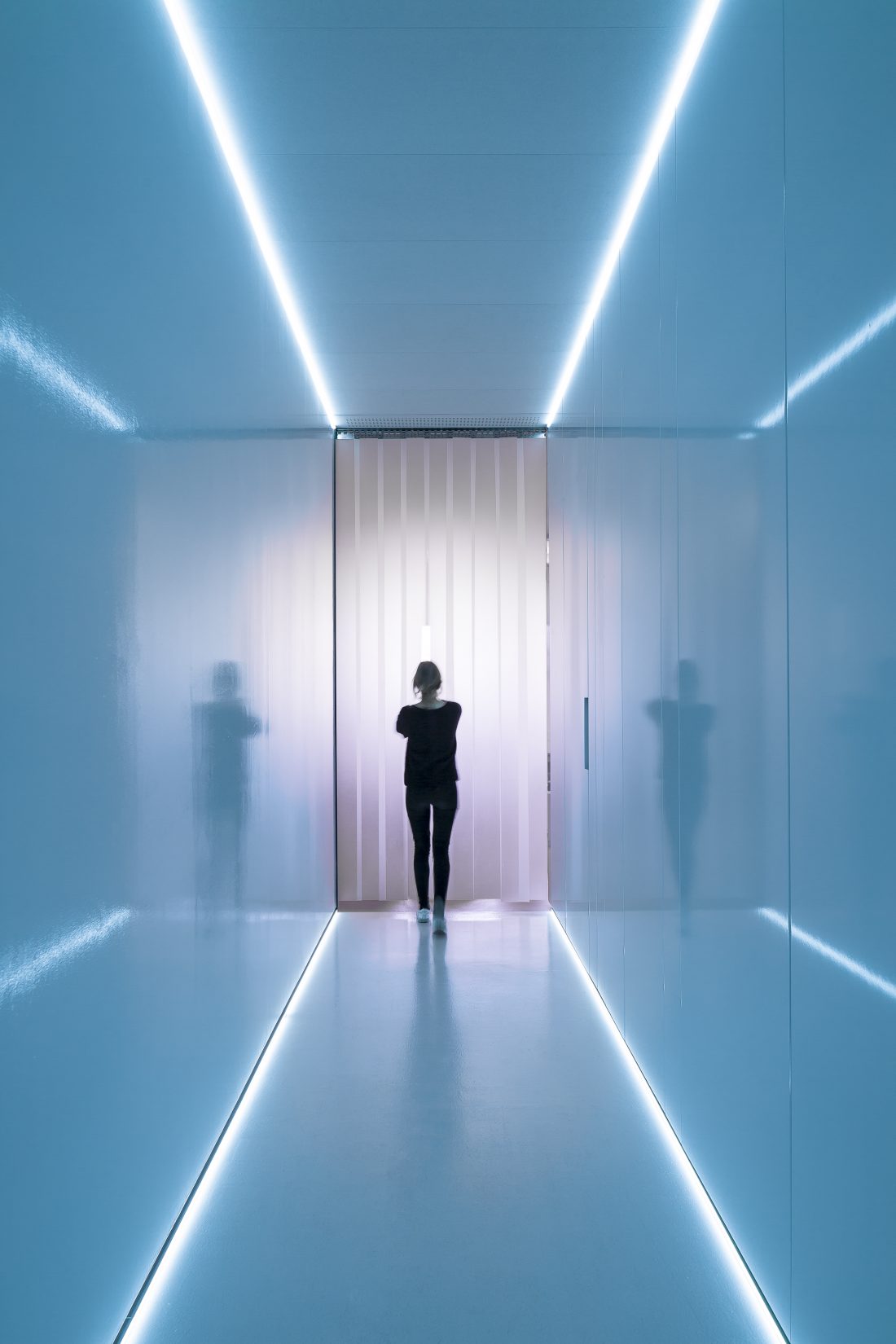 On to the event space, which we defined spatially by adding a large beam and column structure. By lowering the beam while respecting the given ceiling height, the space becomes more tangible and relatable to human scale. While the columns suggest divisions of space, they do not obstruct so as to allow unencumbered flow.

In the final segment, the kitchen fits seamlessly in the hexagonal space. Providing a contrast of identity from the previous spaces, the green film-faced plywood units descend in width in symmetrical perfection as you pass through the room. 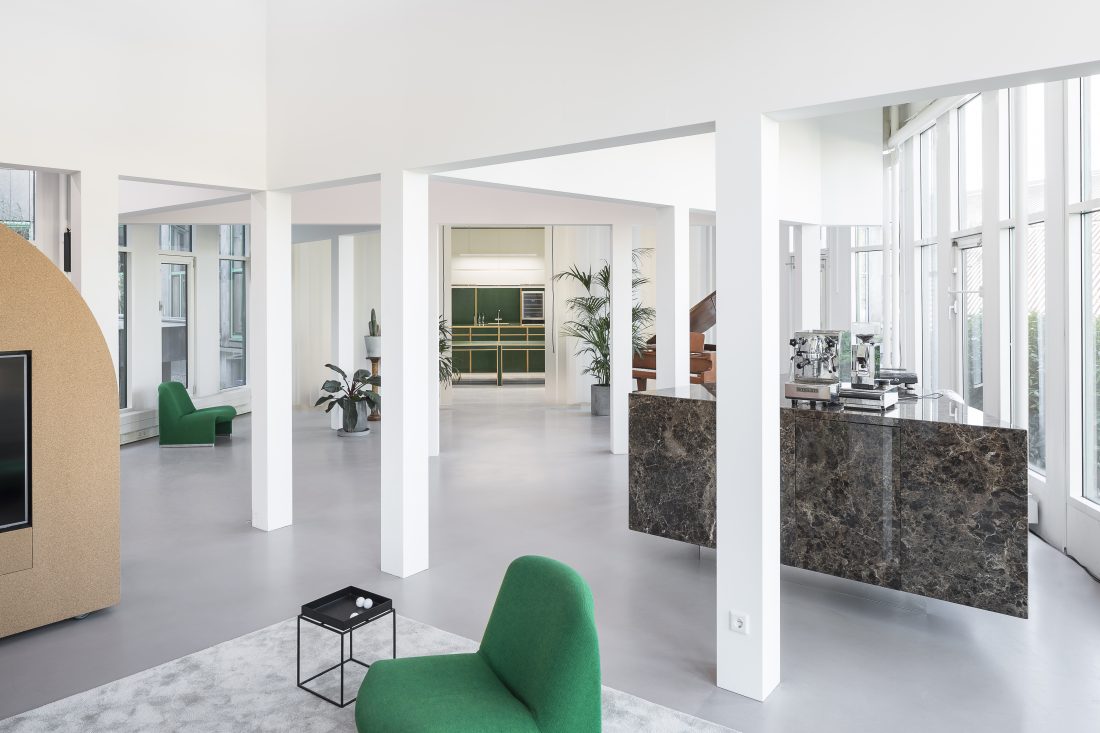 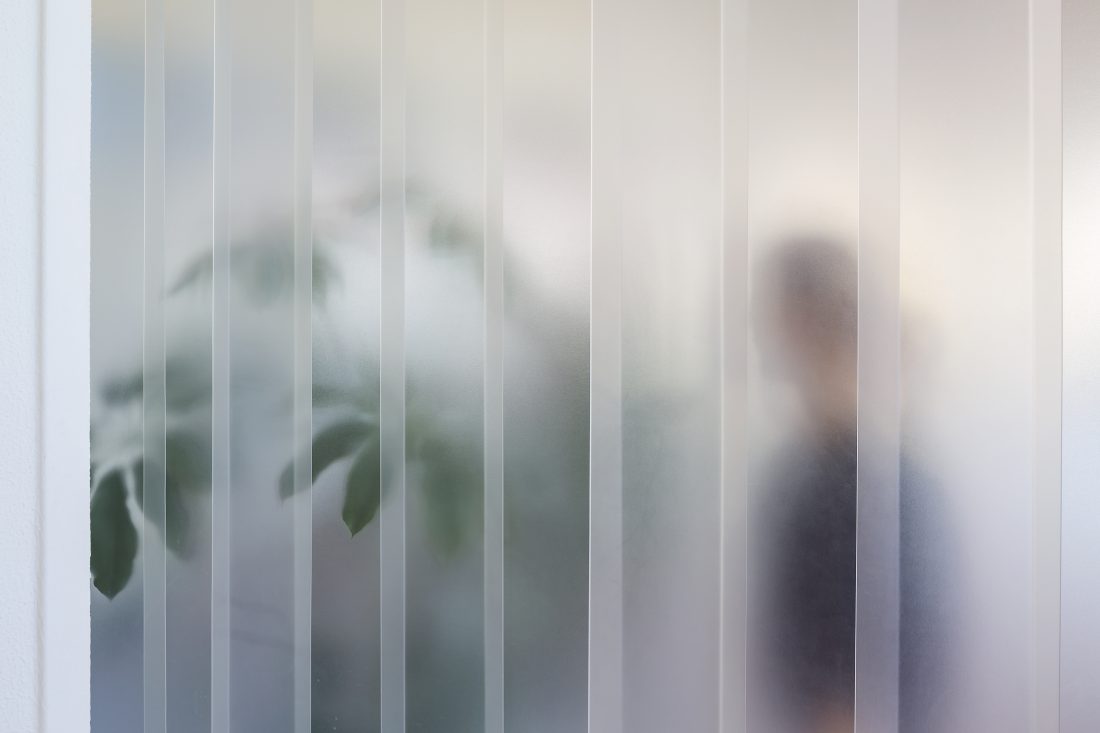 Themed mainly for relaxation it offers a scattered arrangement of exercises like table tennis, a pull up bar and punching bag to relieve stress. A movable television unit and baby grand piano are also included to express creativity. The material pallet holds an experimental edge to it with each area contrasting one another indicating definition between spaces. 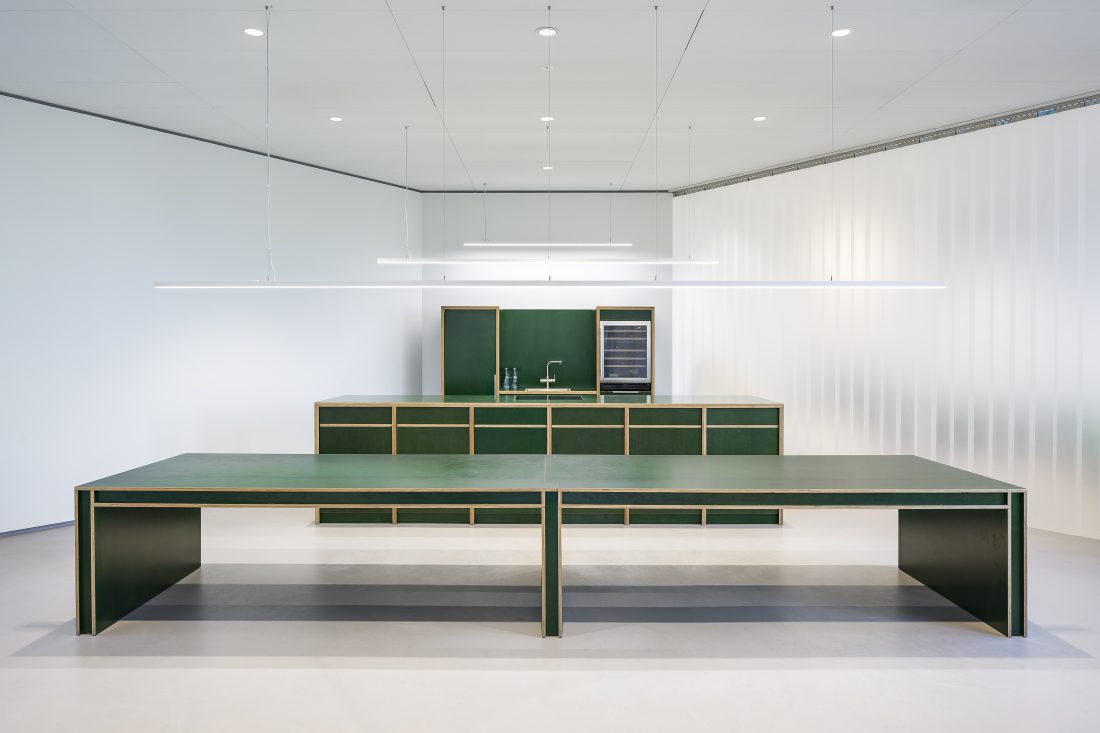 The kitchen is located in the final segment of the layout and runs neatly with the hexagonal space it inhabits. The contrast of its layout in comparison to the previous areas allows it to hold its own identity. The green film-faced plywood units that descend in width as you enter the room also provides symmetrical perfection, an opposing feature to the rest of the layout. 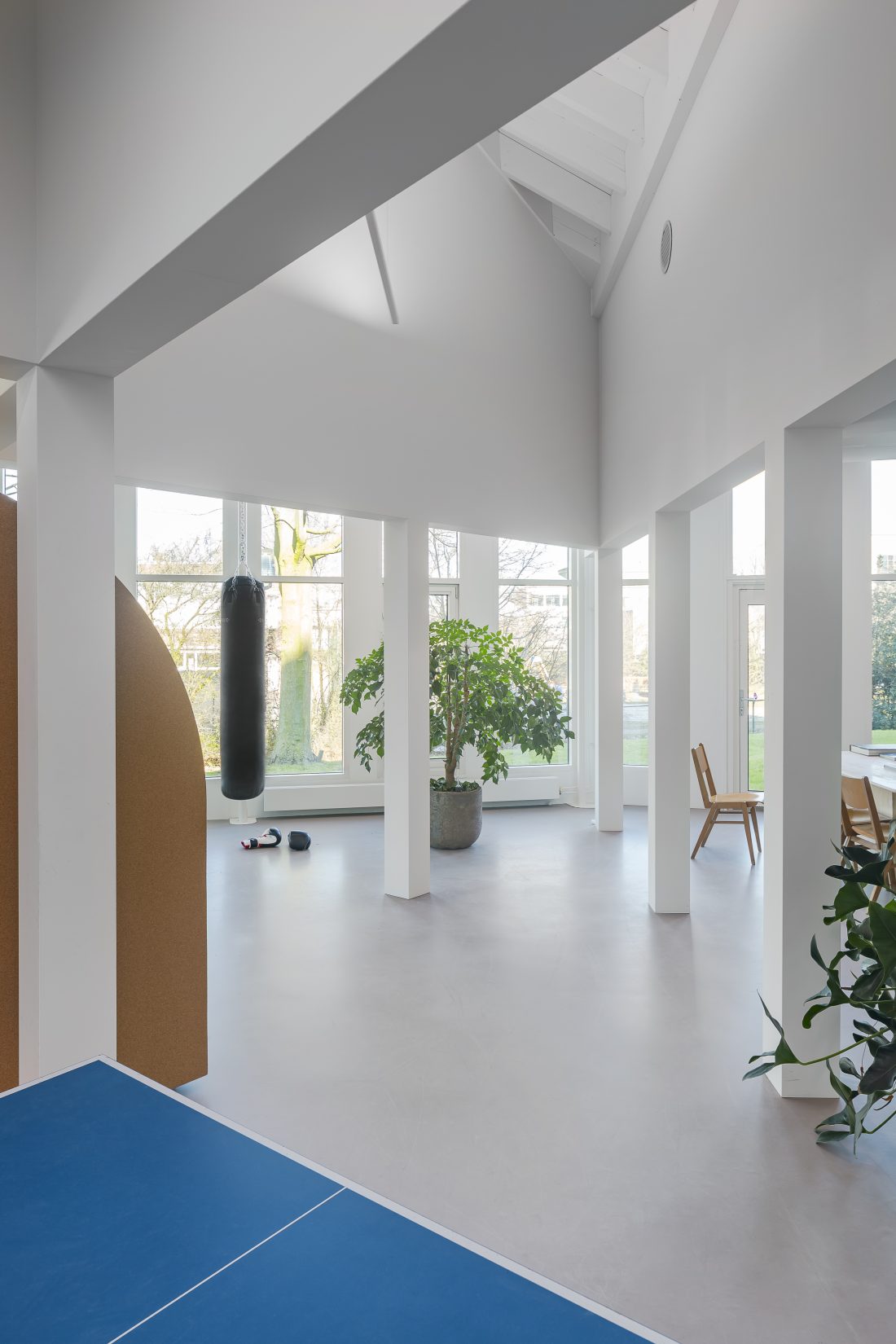 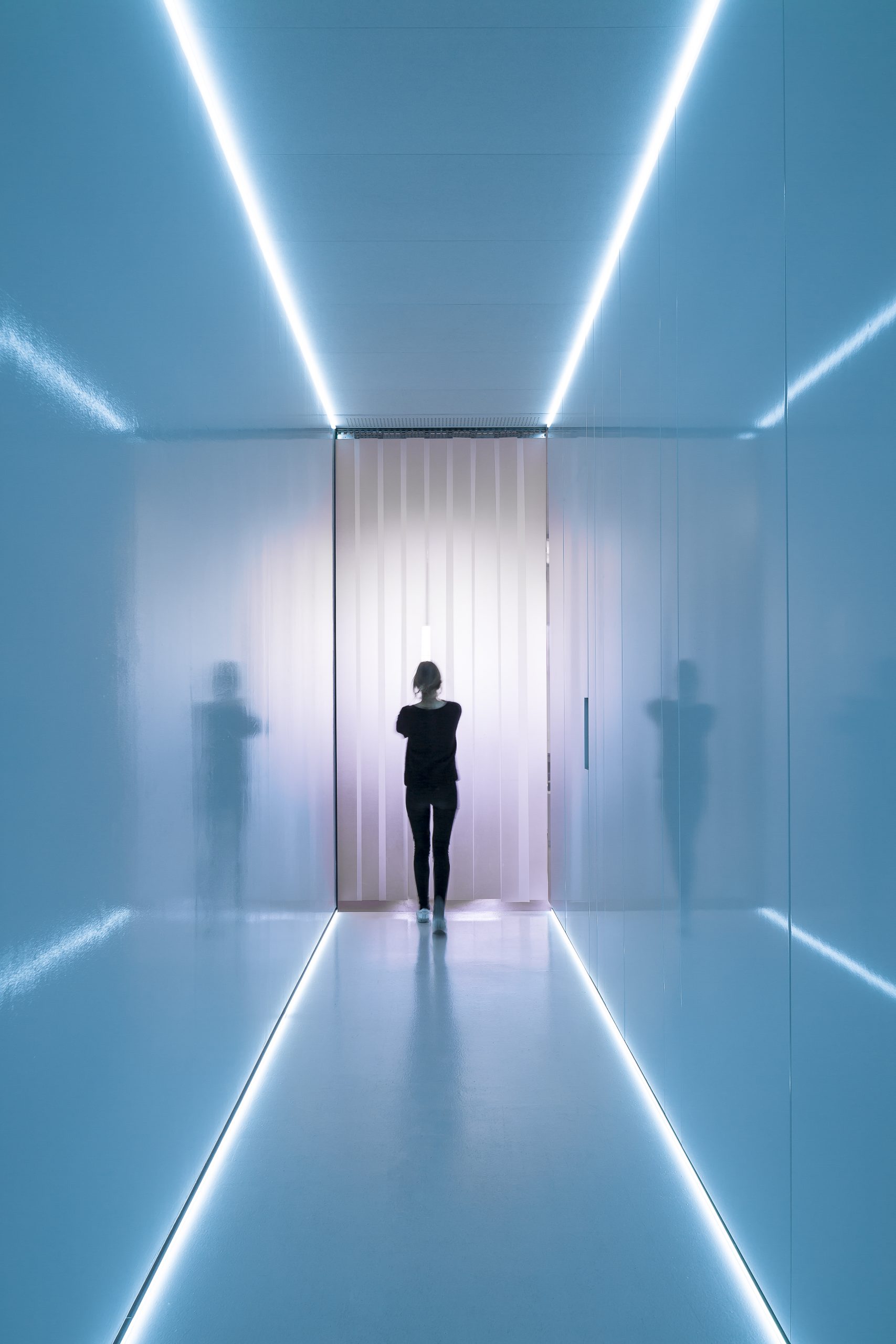 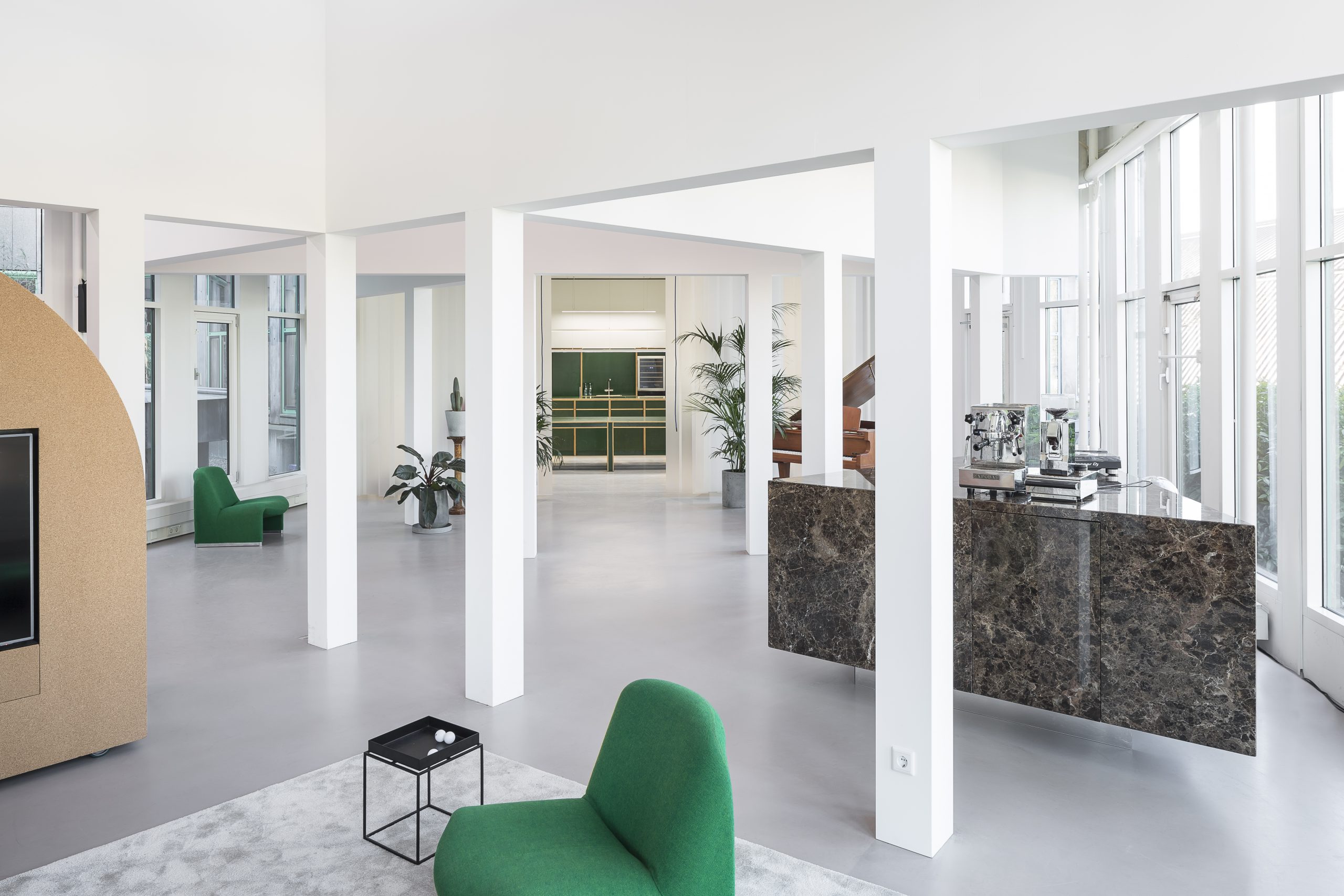 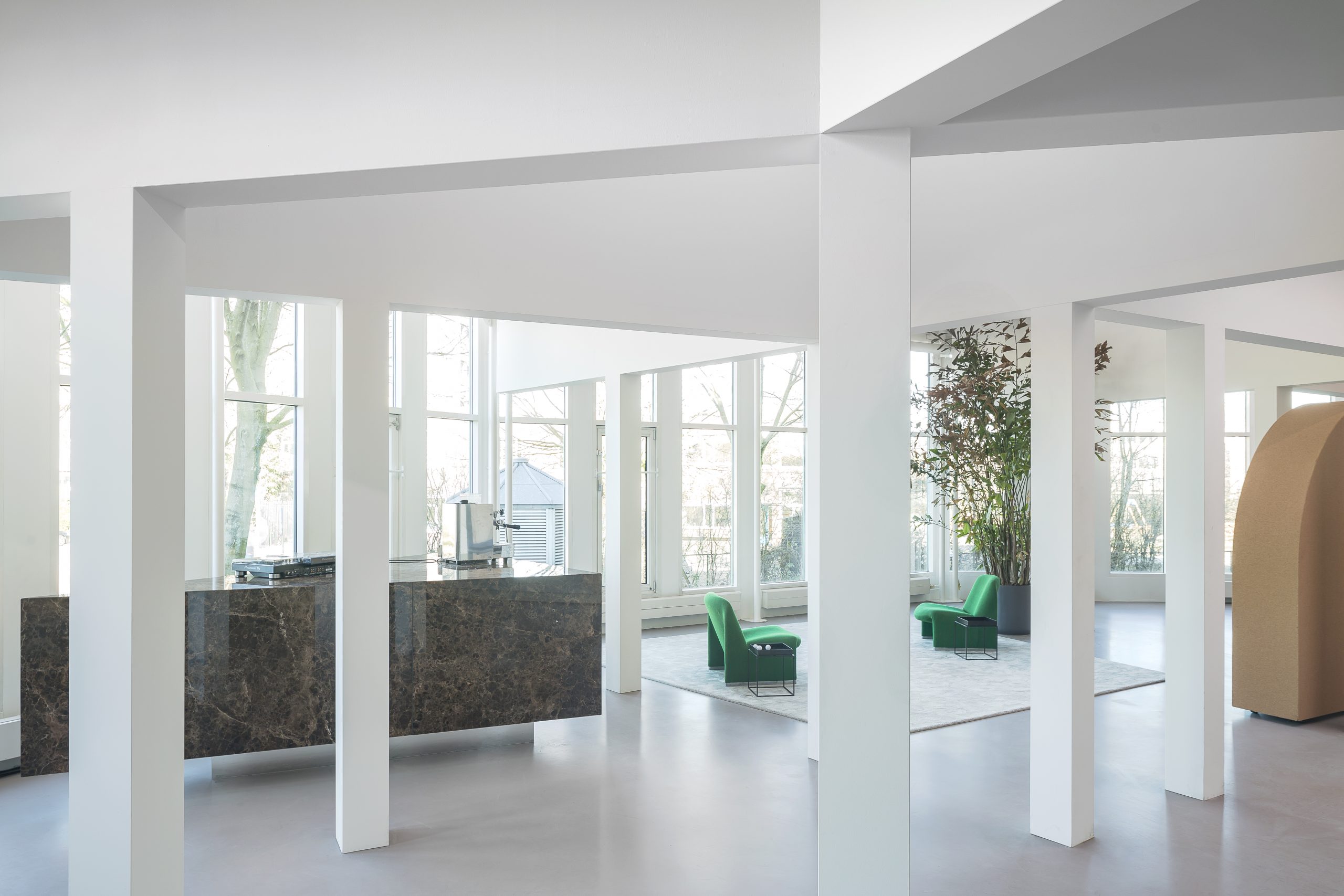 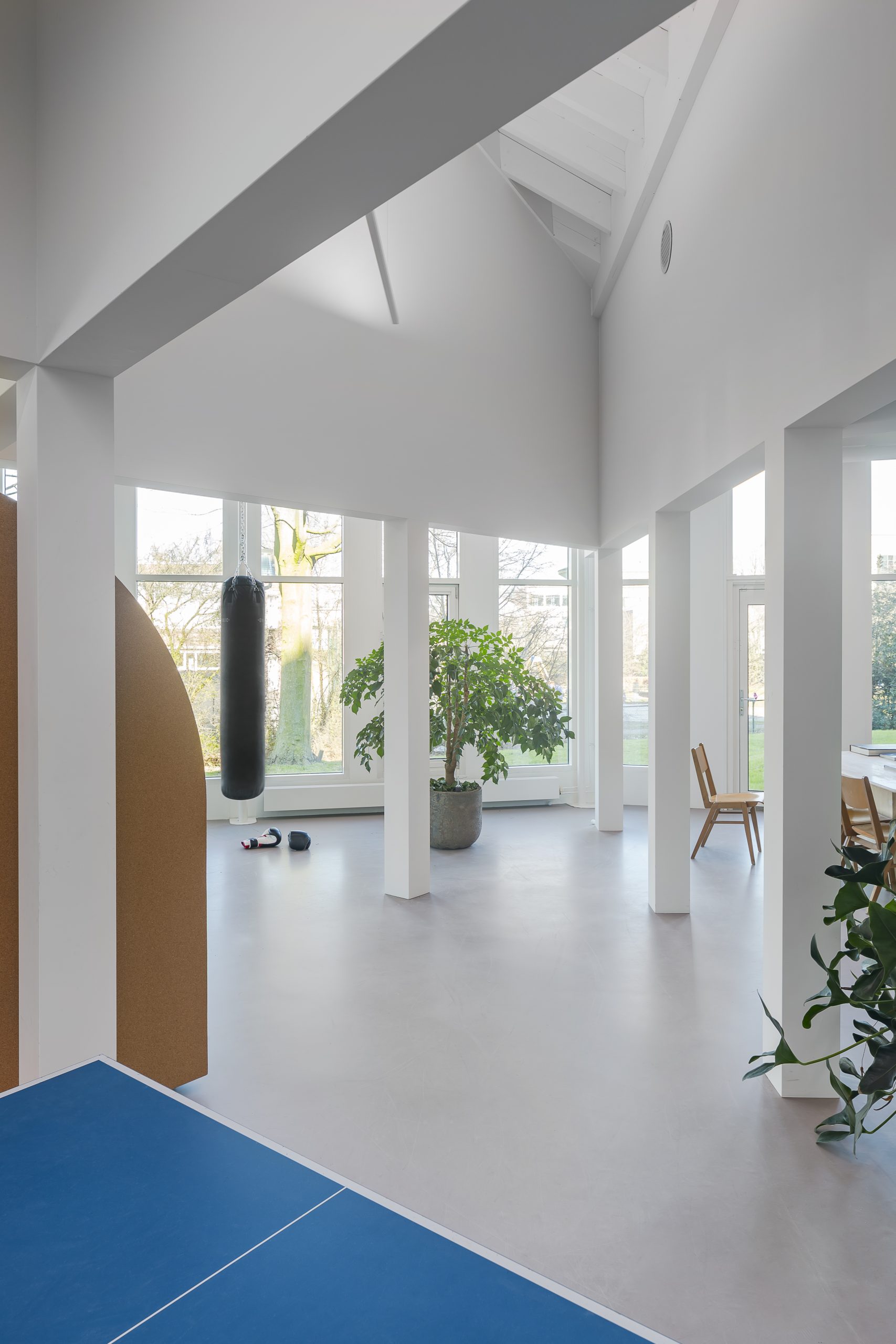 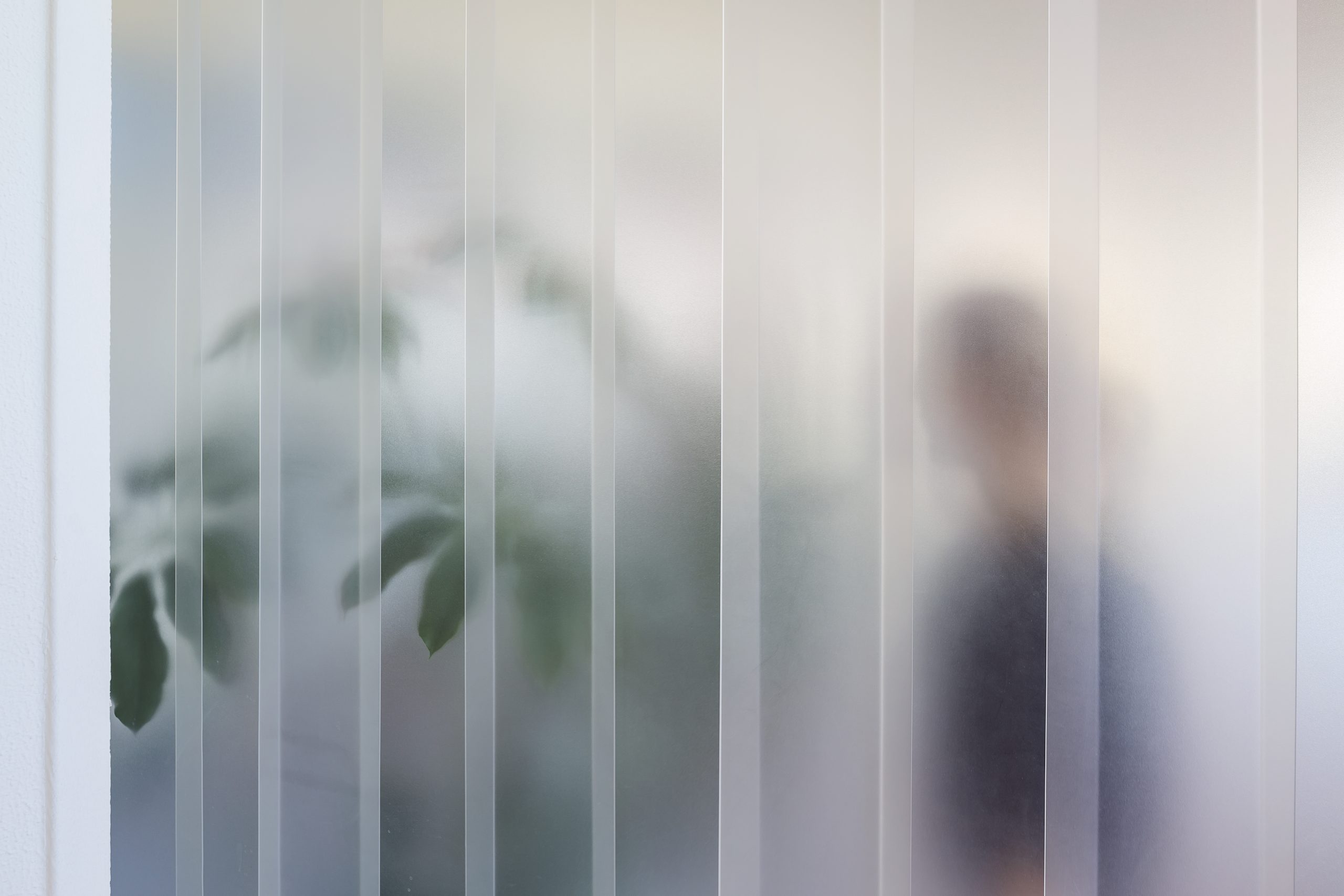 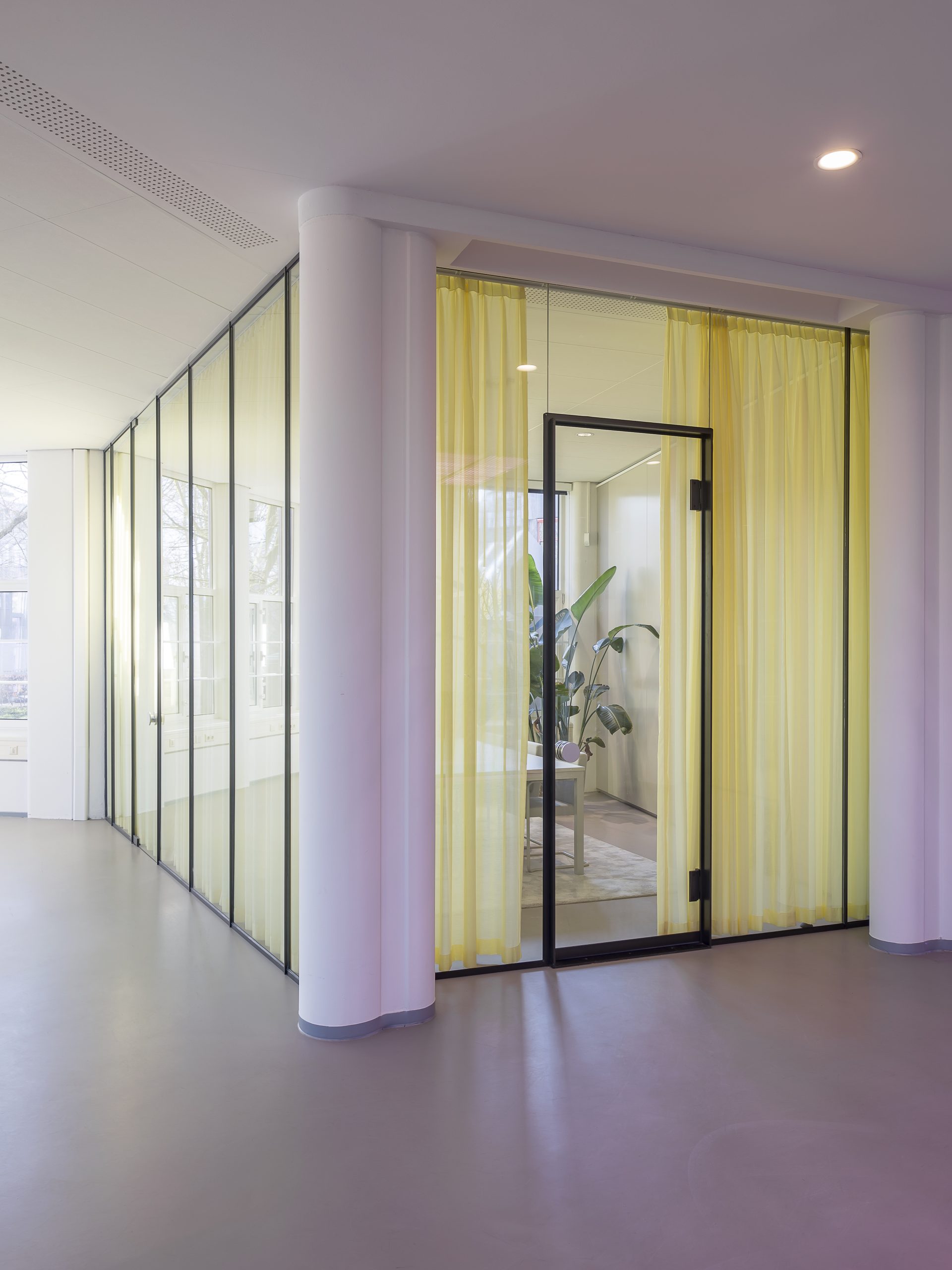 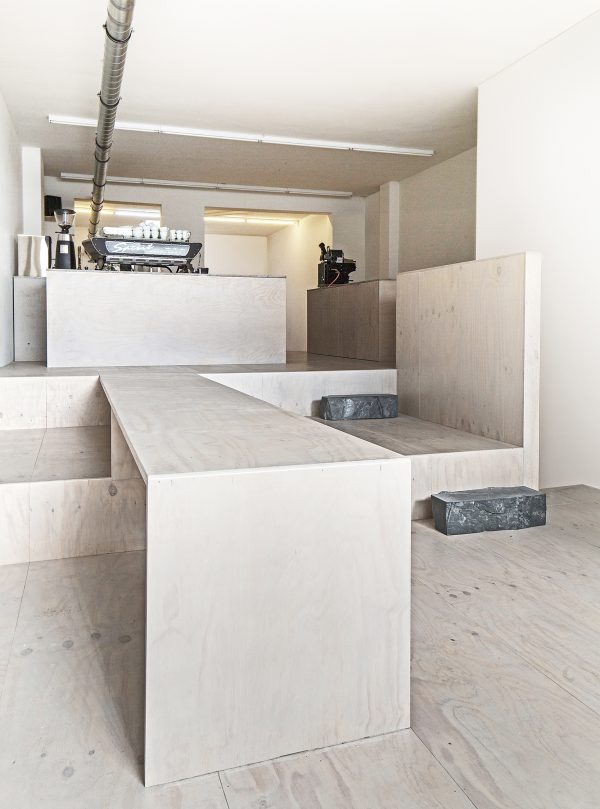 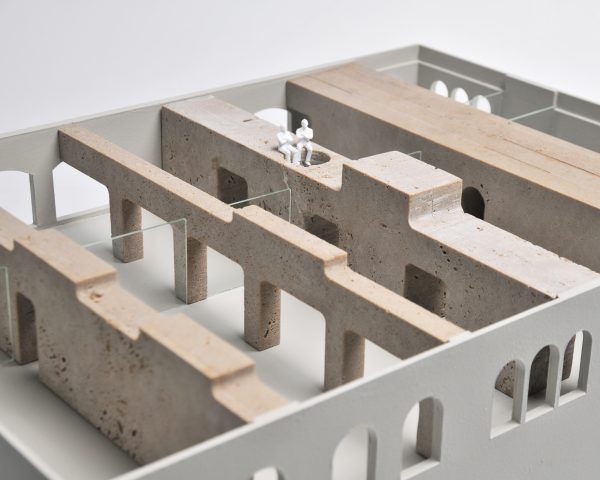