Few things tickle an Amsterdamer’s fancy like the inner courtyards of its city blocks. While heritage commissions tightly regulate the canal-lining facades, behind, they permit a far greater freedom. Should you be so lucky to enter one, you’ll likely encounter a cacophony of sheds, annexes, balconies, a system of installation pipes following its own inimitable logic. That most courtyards are not publicly accessible only adds to their lure. And we got to build right in the middle of one.

True to its context, the building’s silhouette is elementary and its material logical. Deep windows do not give its function away, but provide two-way privacy and adding a tinge of mystery. The ground level connects more directly to its surroundings, its windows overlooking the shared driveway that’s paved in the same brick. The only attire are the random grass patches that will grow here. 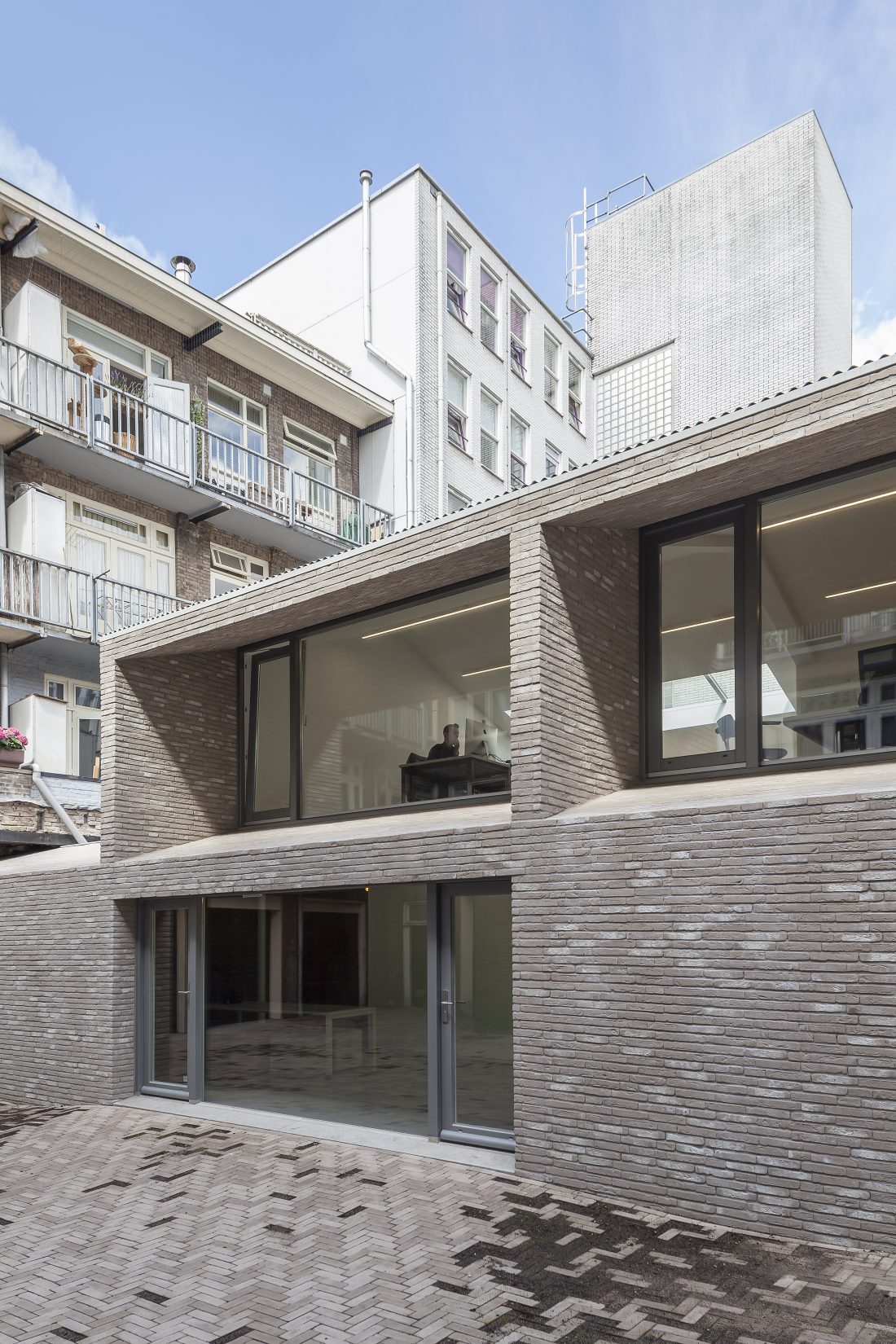 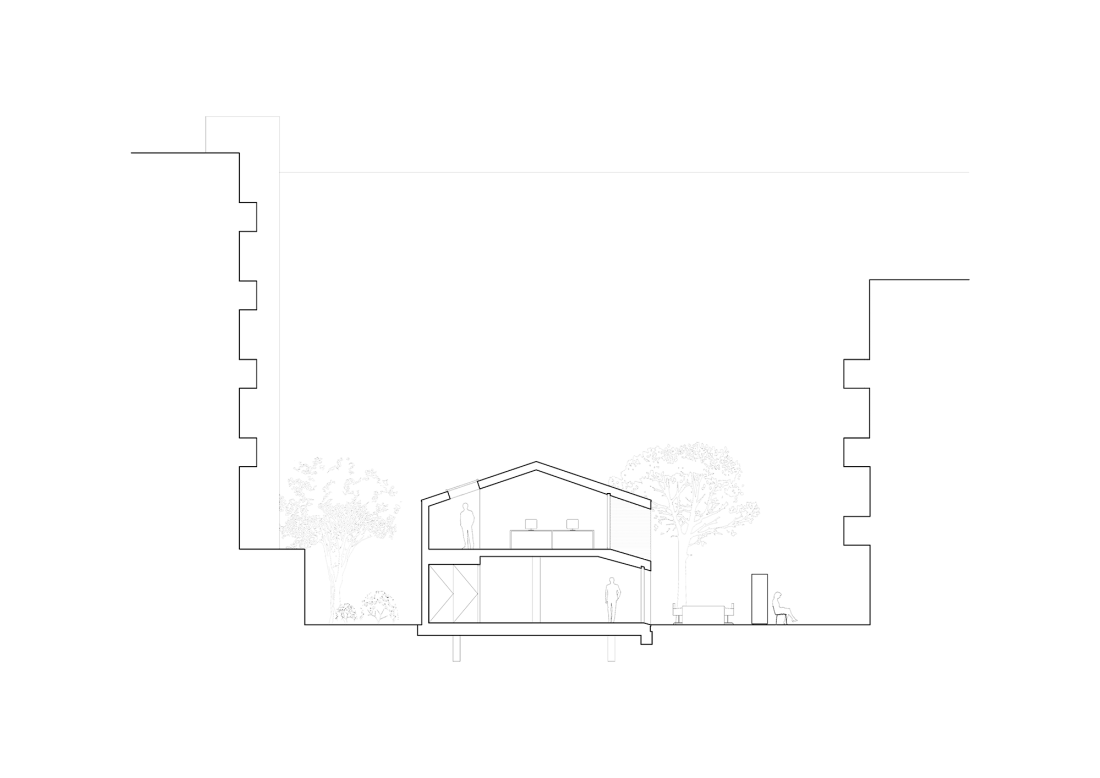 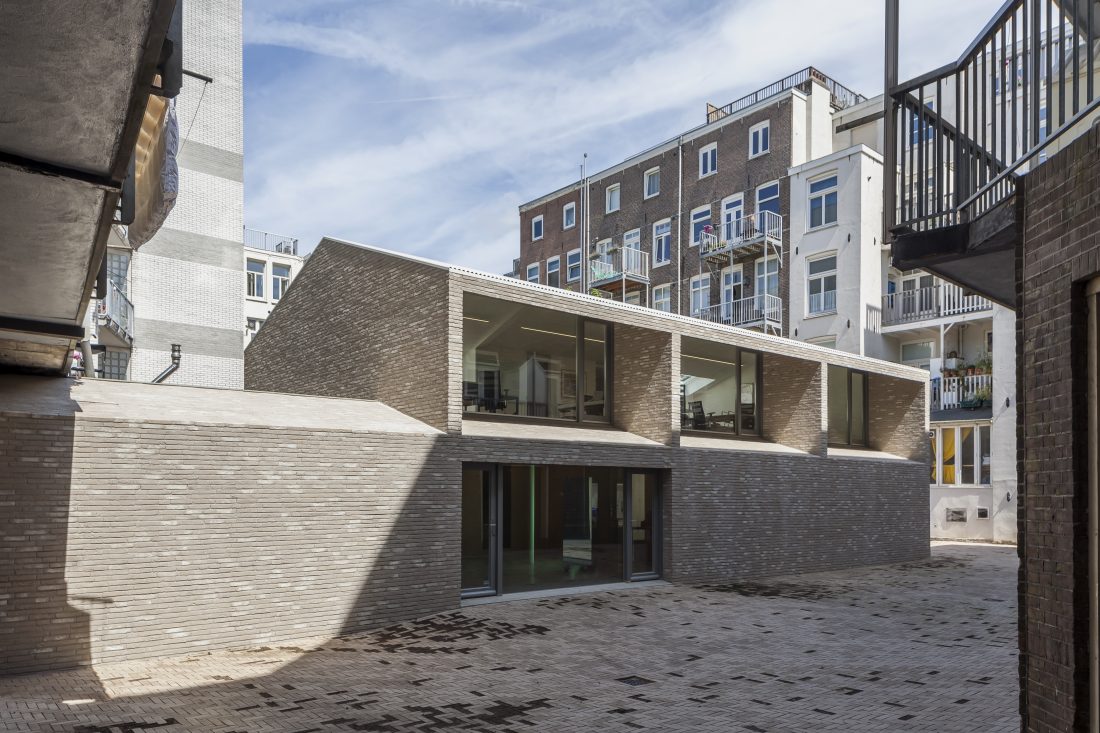 Inside the courtyard building, advertising and branding company First Day of Spring has taken up residence. All serving functions have been hidden away behind a masonite wall, while mirror-clad movable walls and LED walls allow them to flexibly use the rest of their office — or turn it into a night club should the need arise. 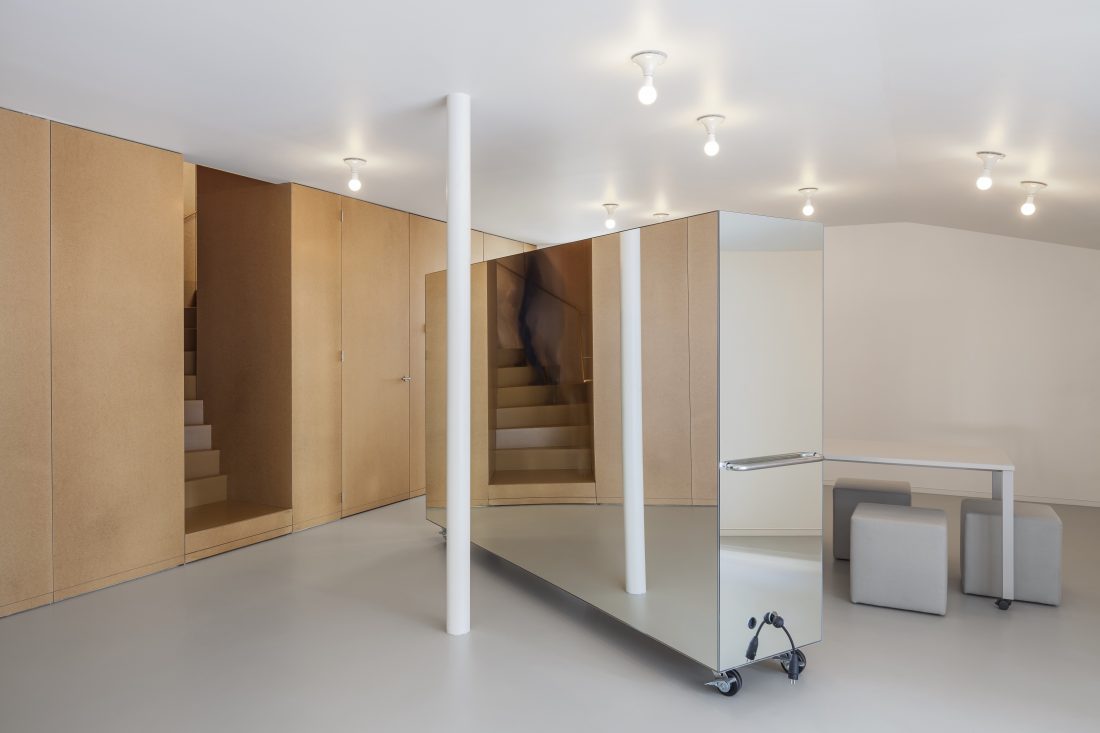 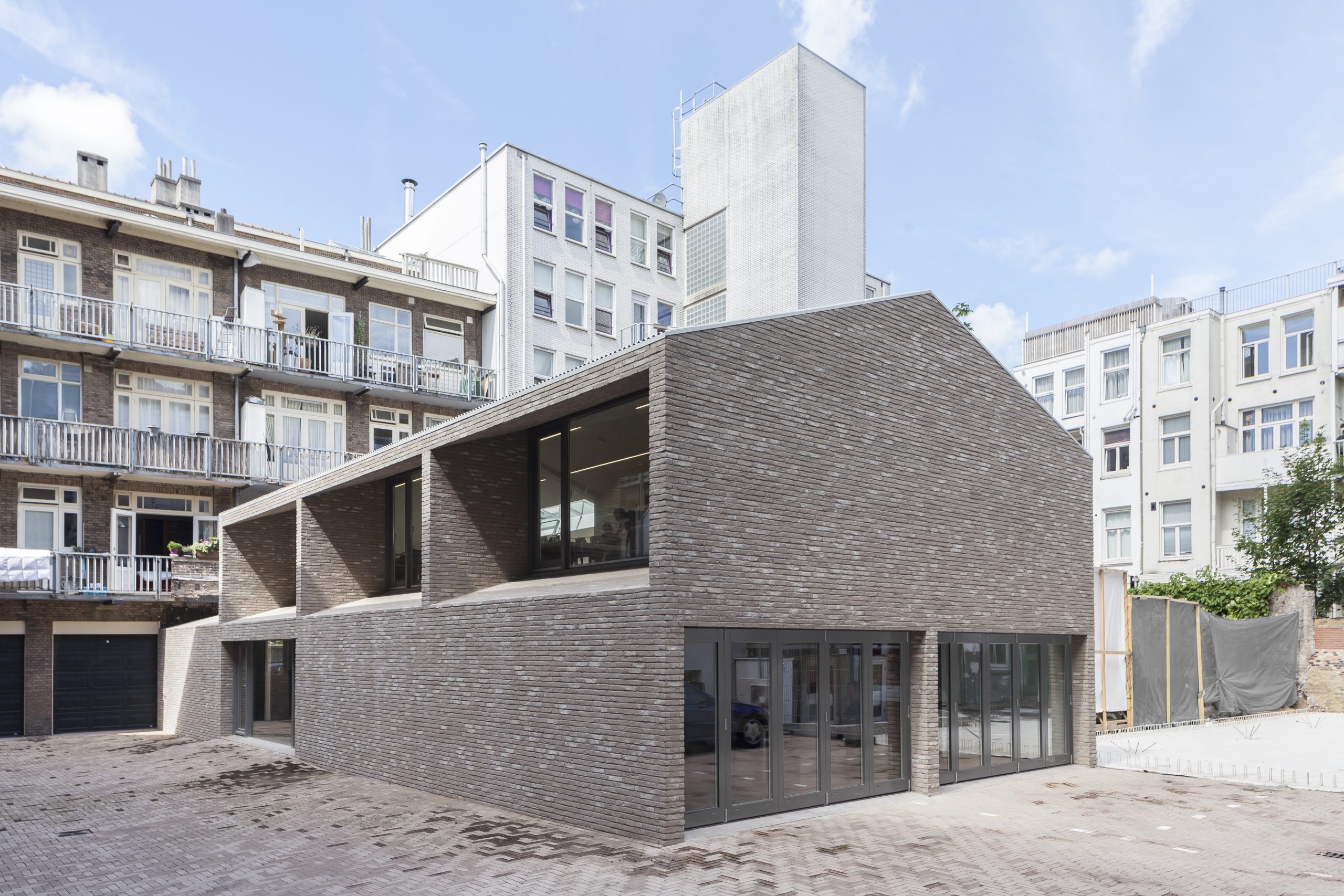 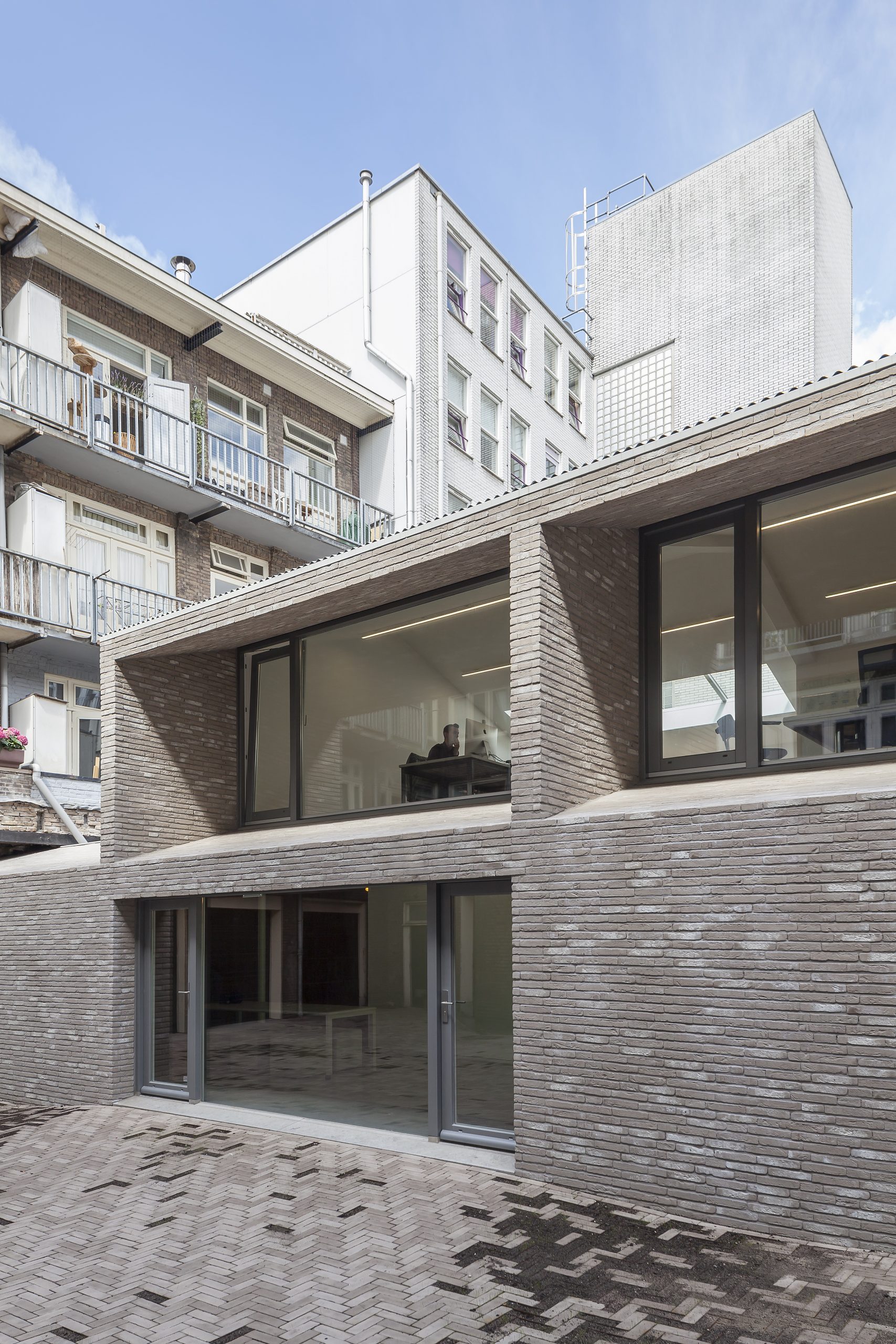 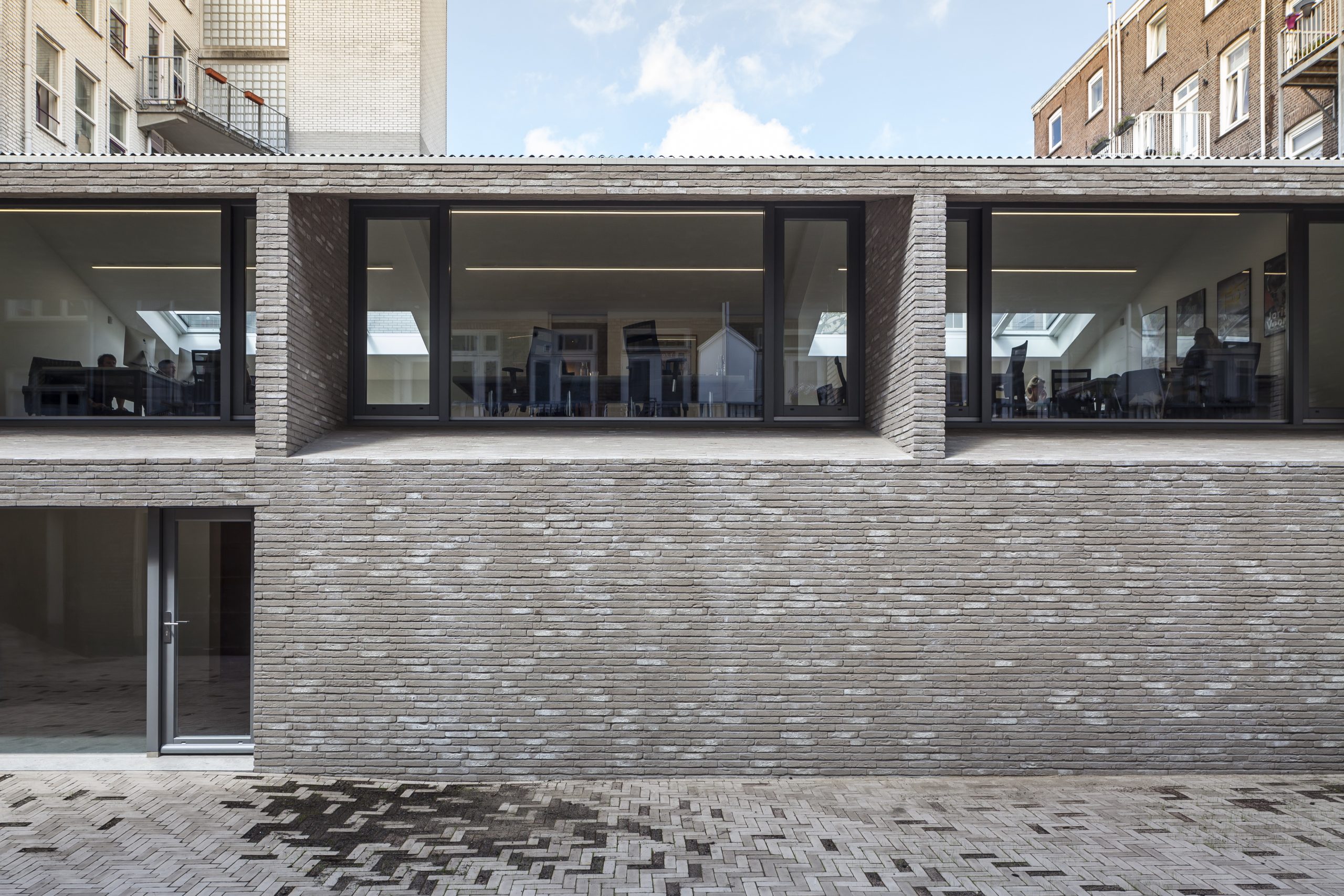 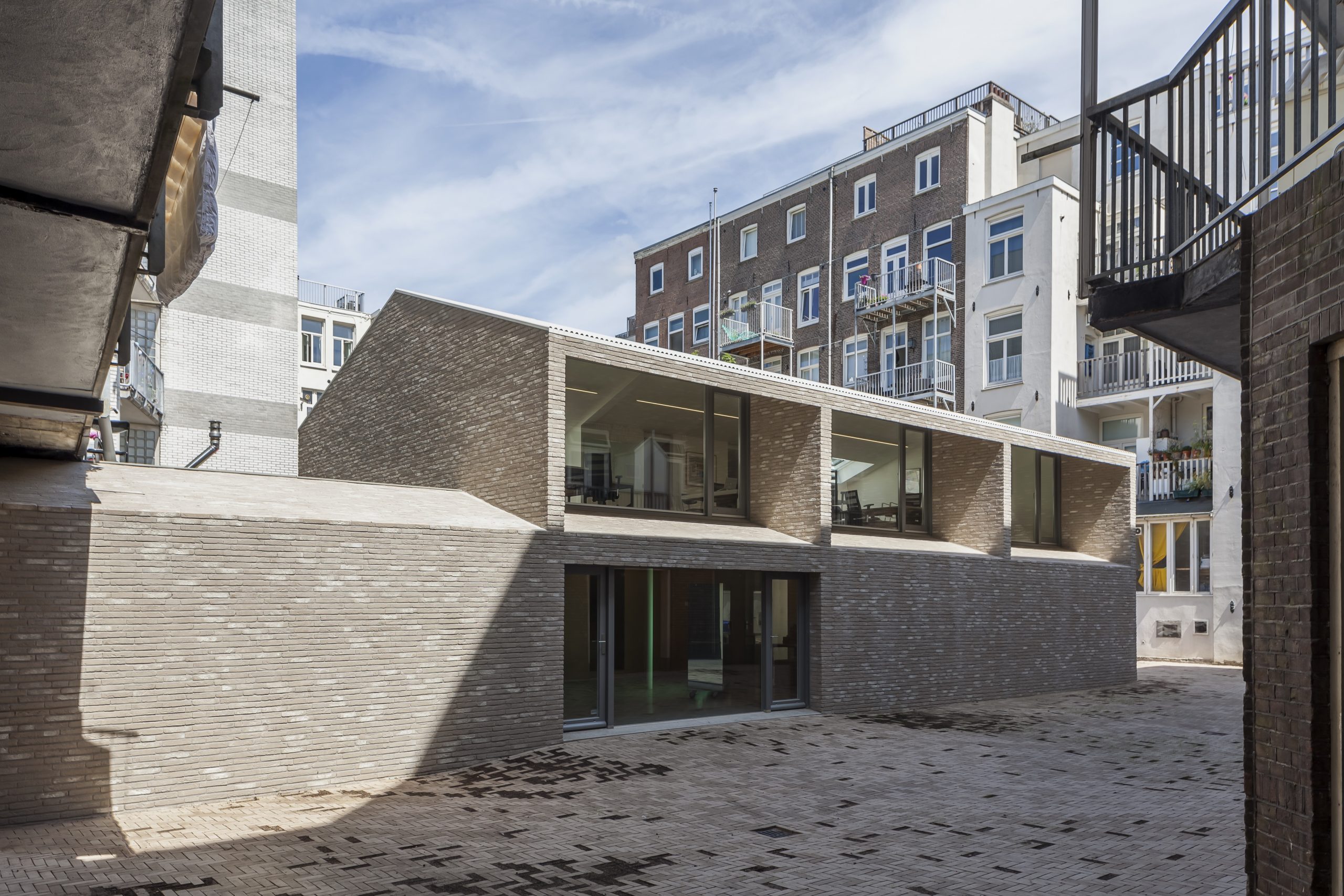 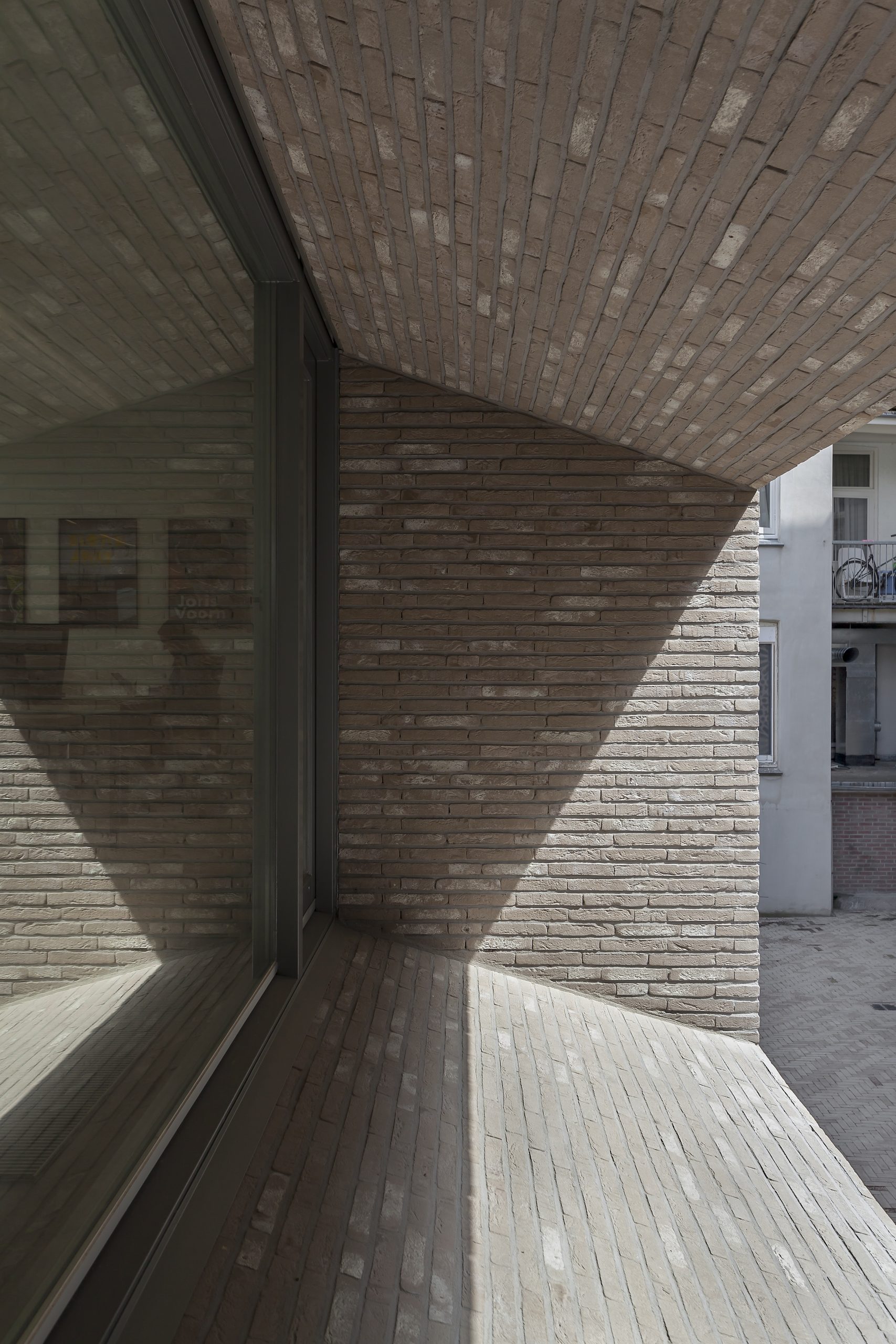 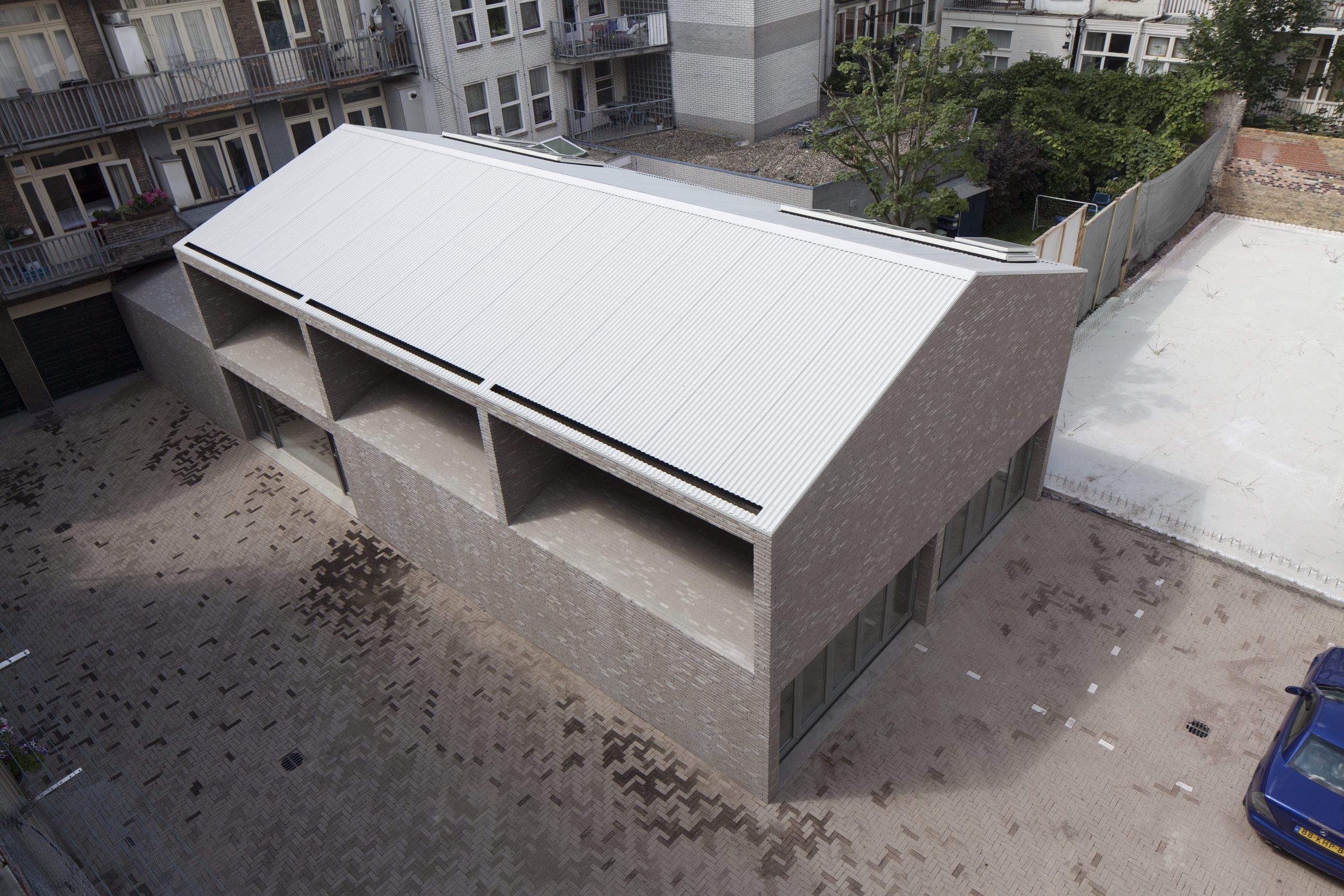 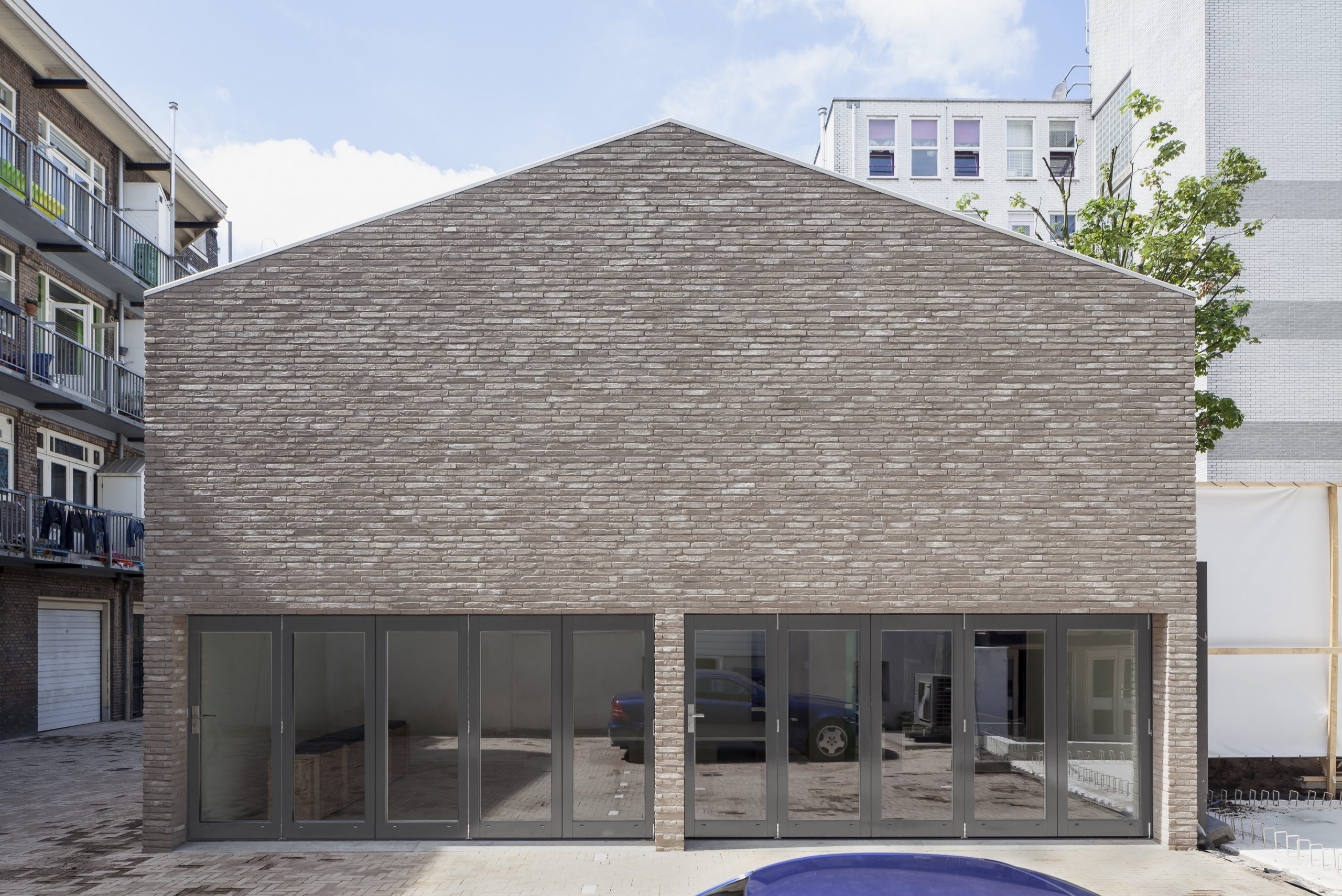 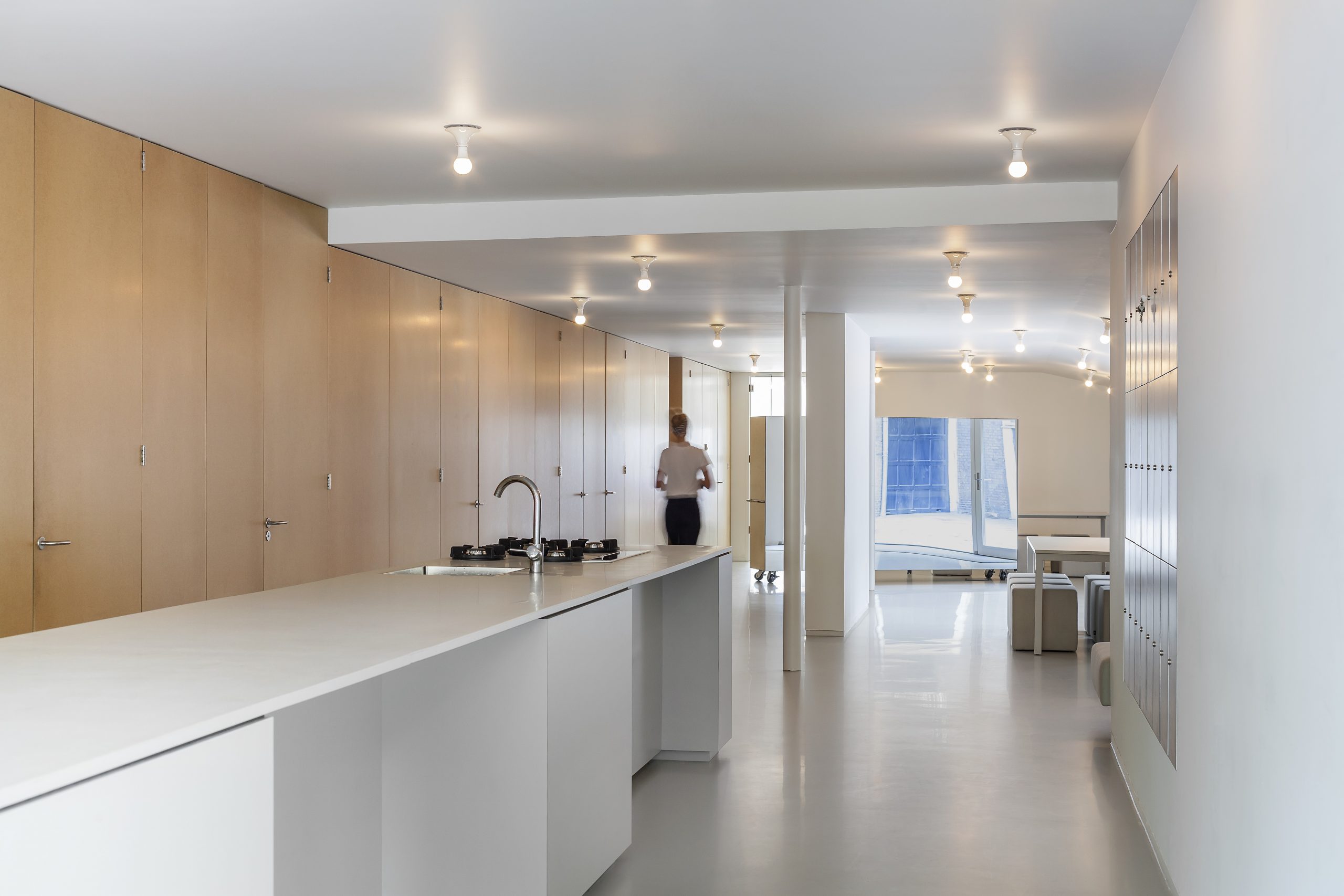 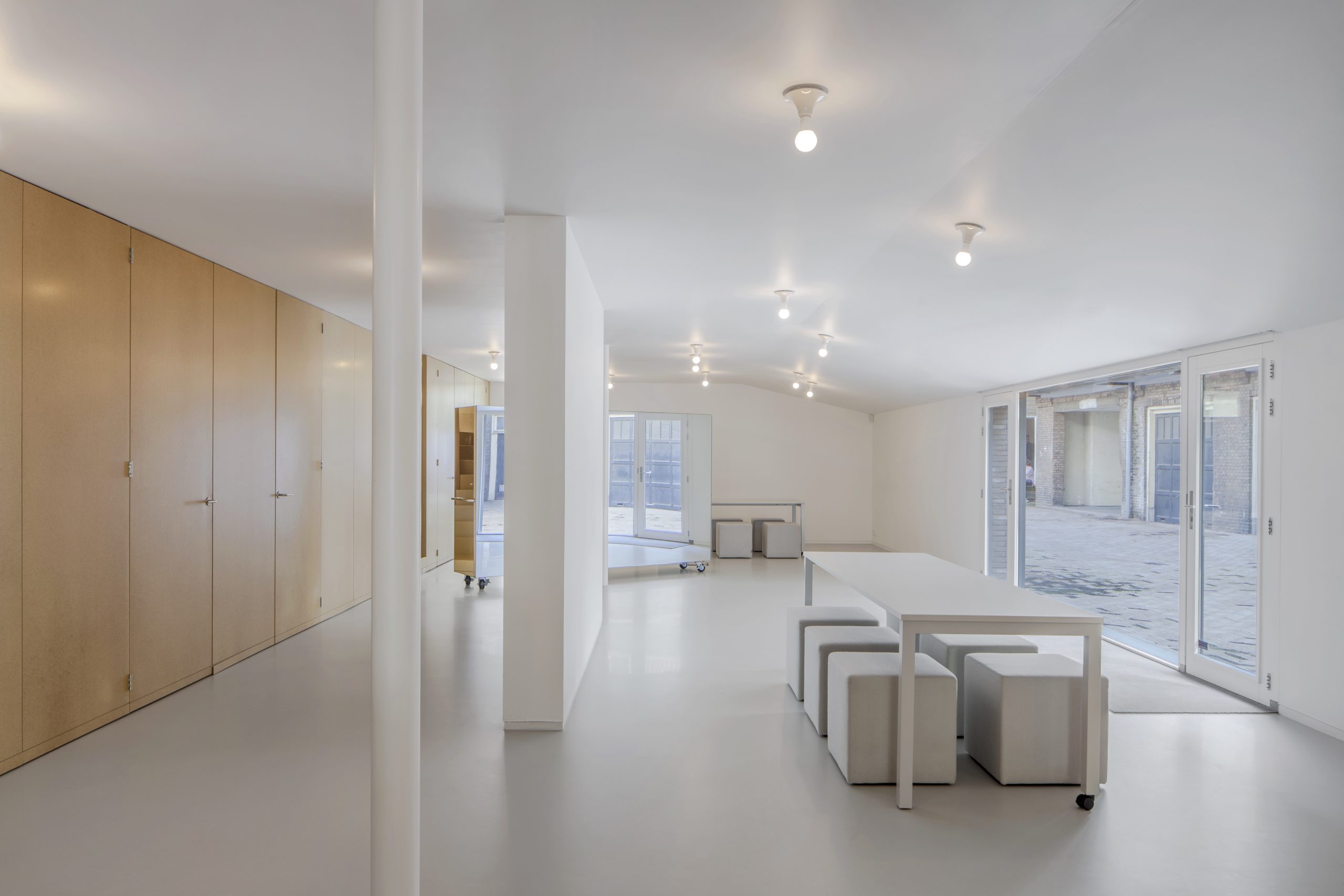 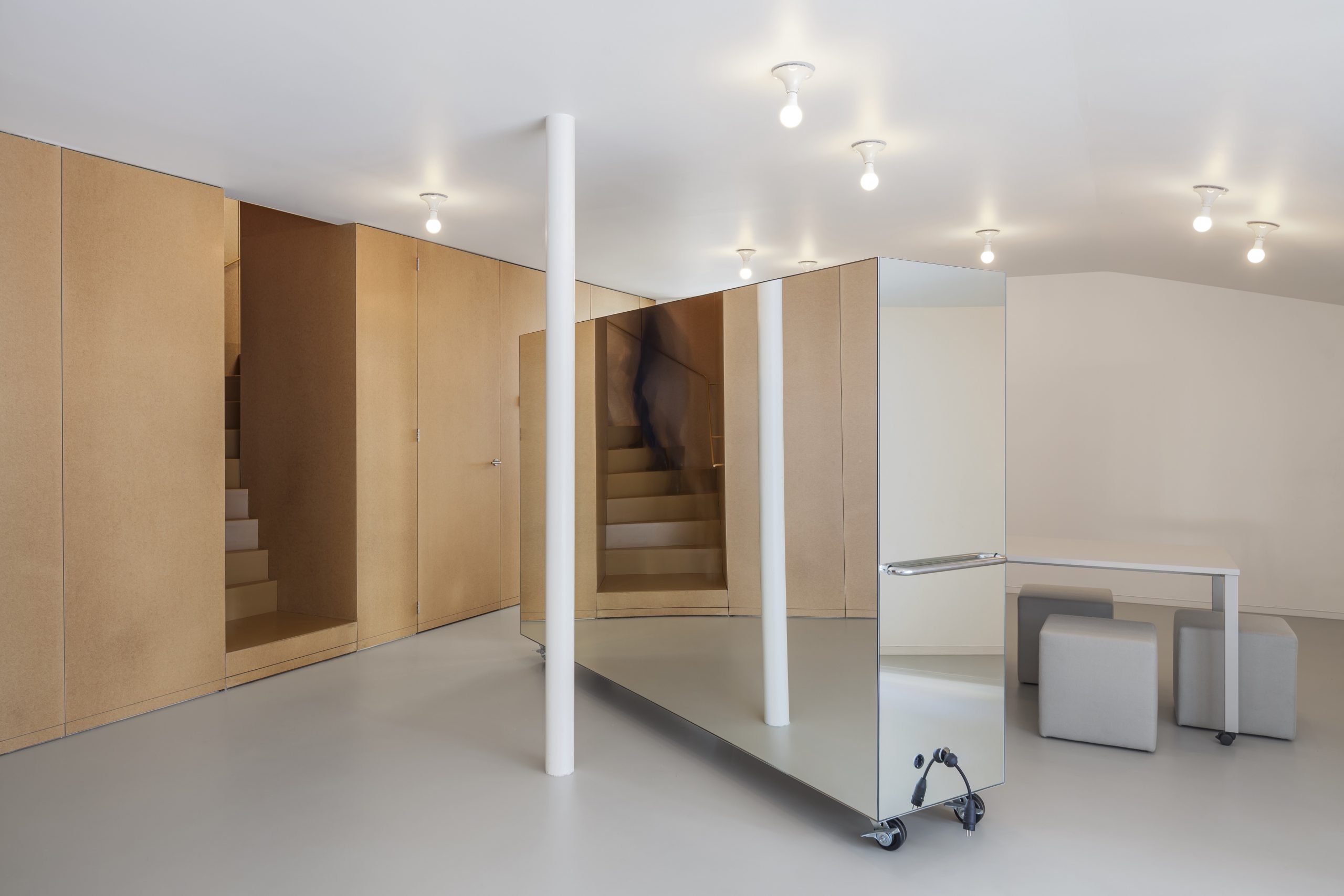 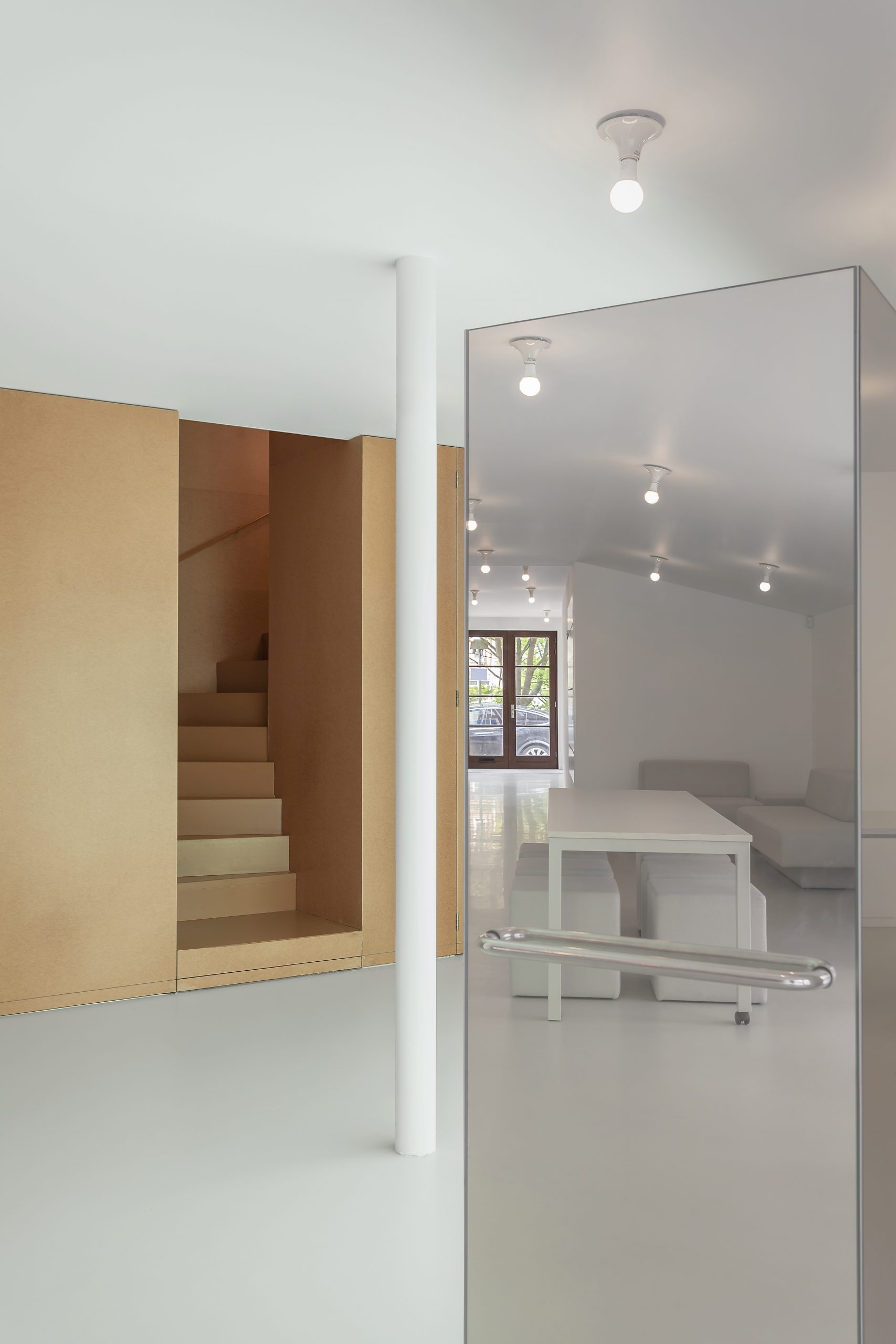 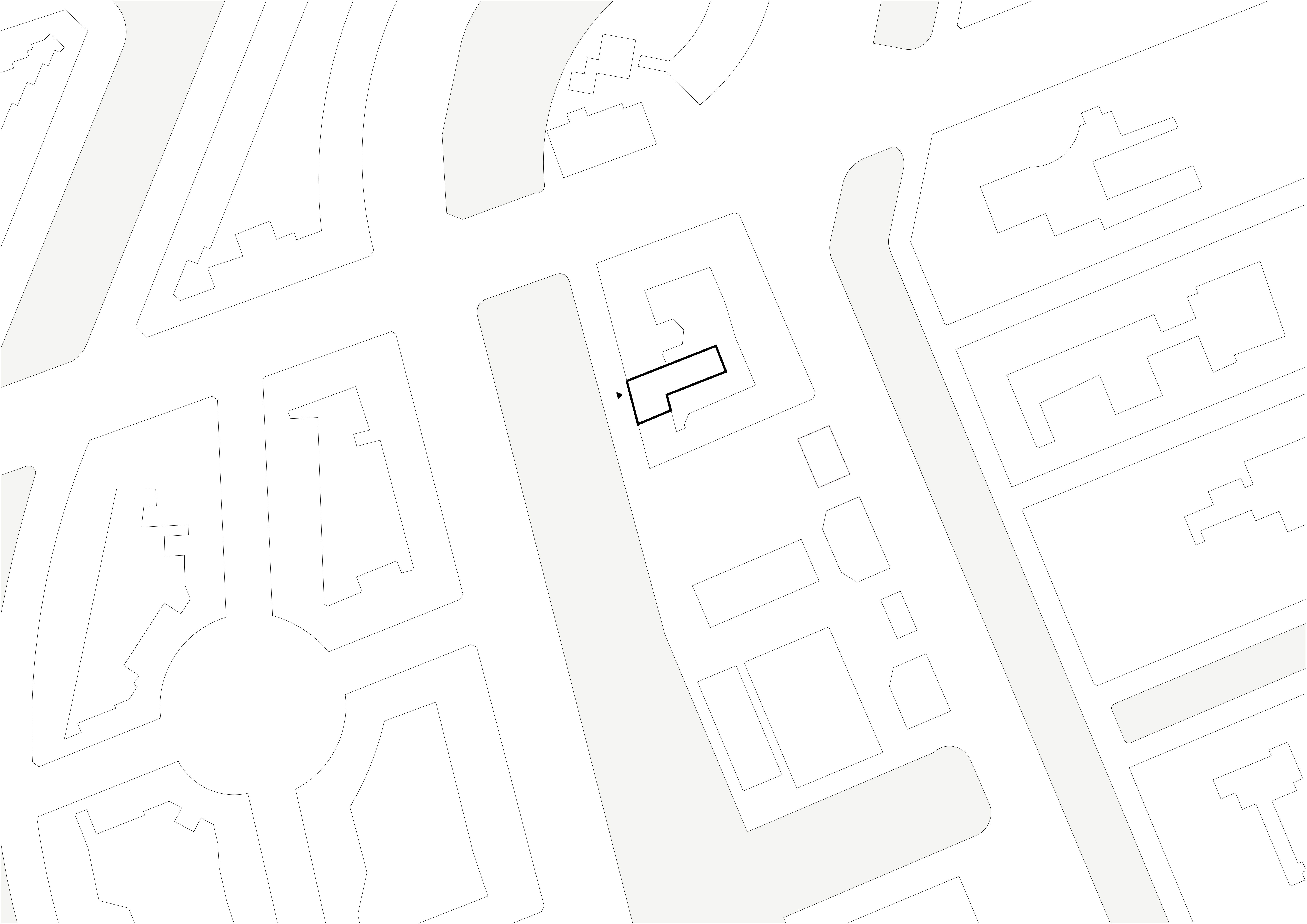 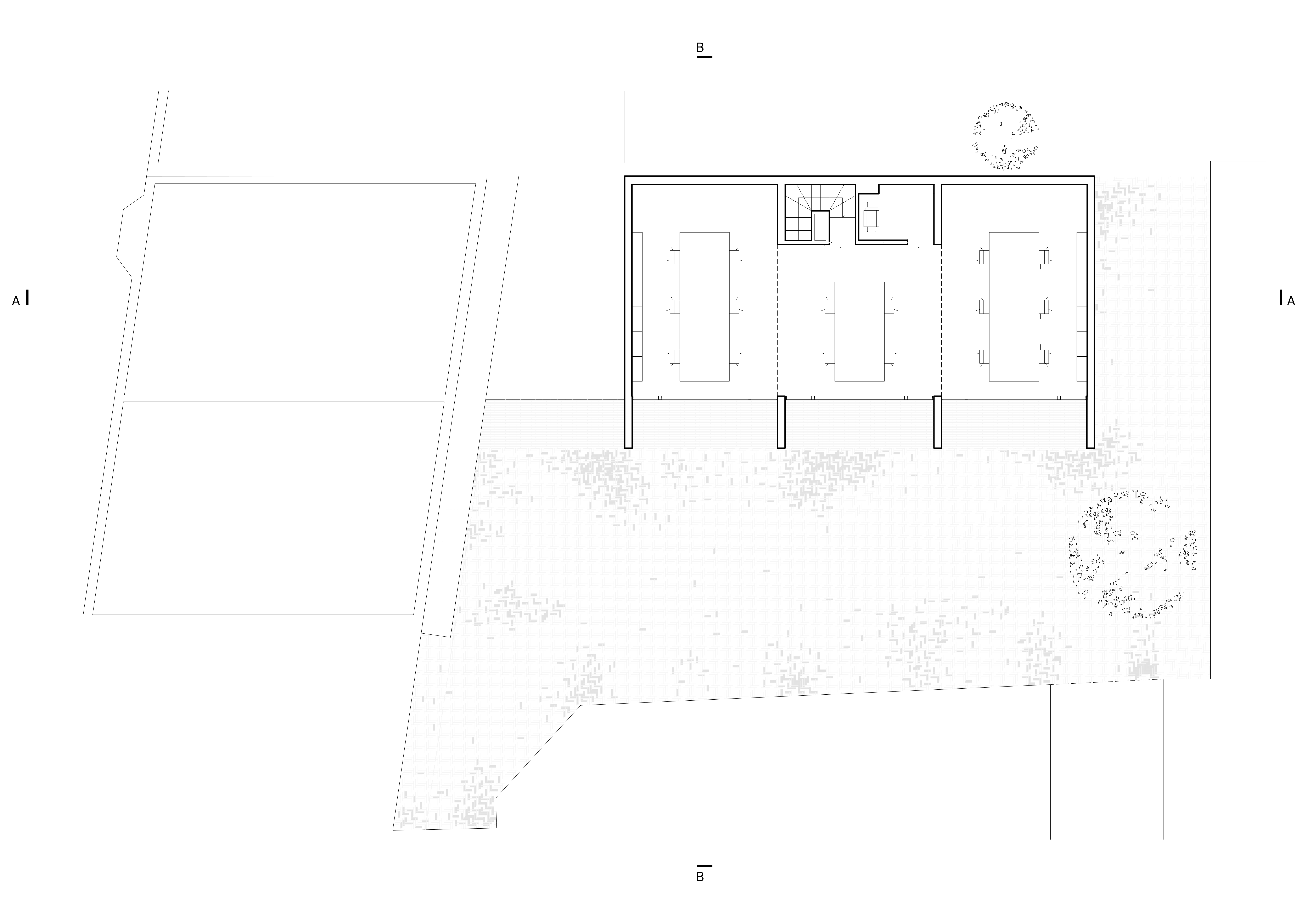 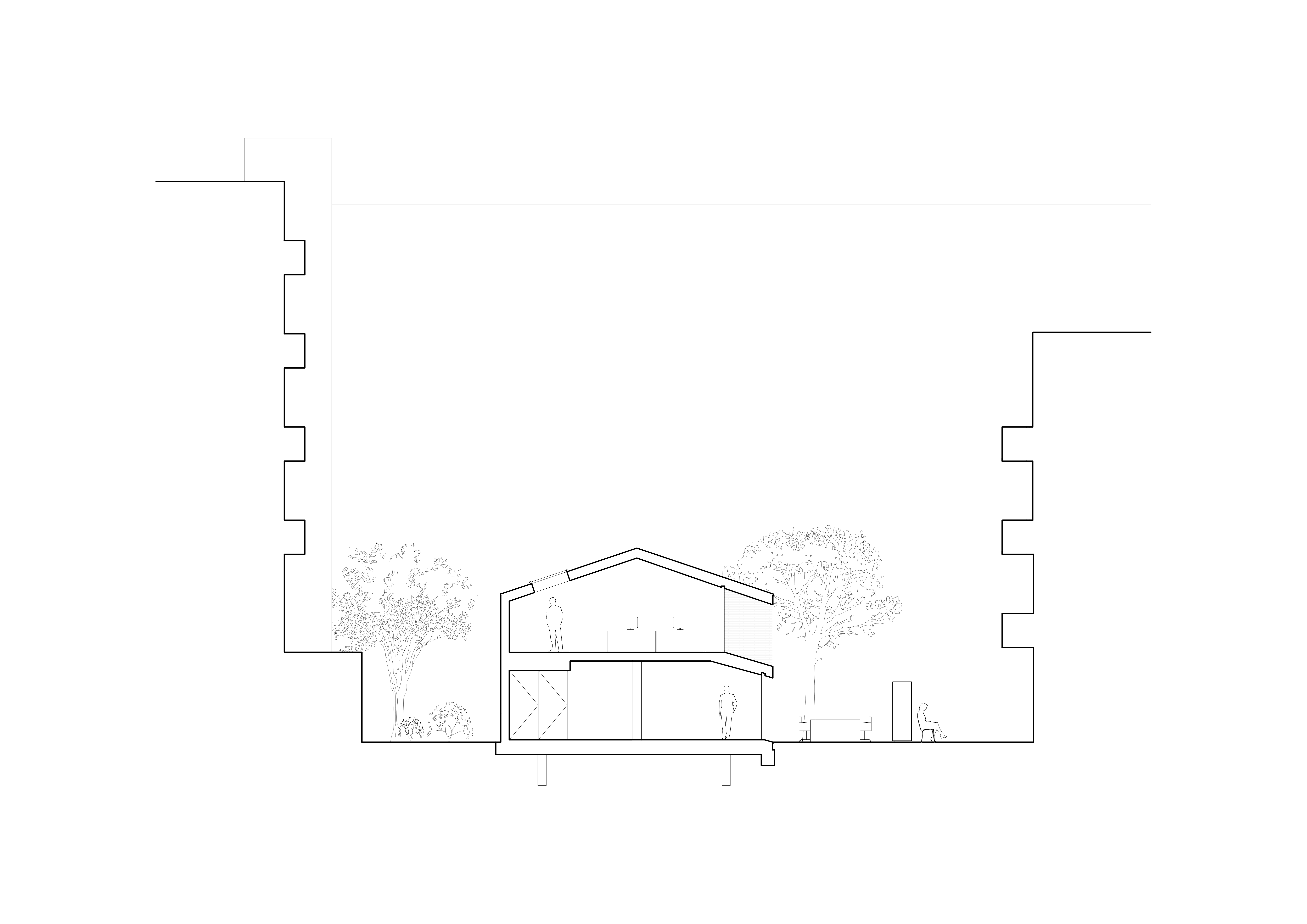 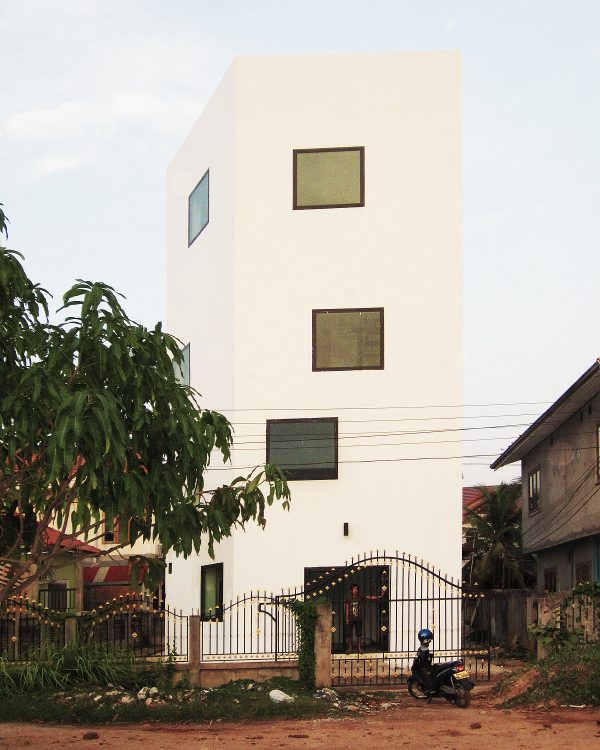 A Villa in Laos 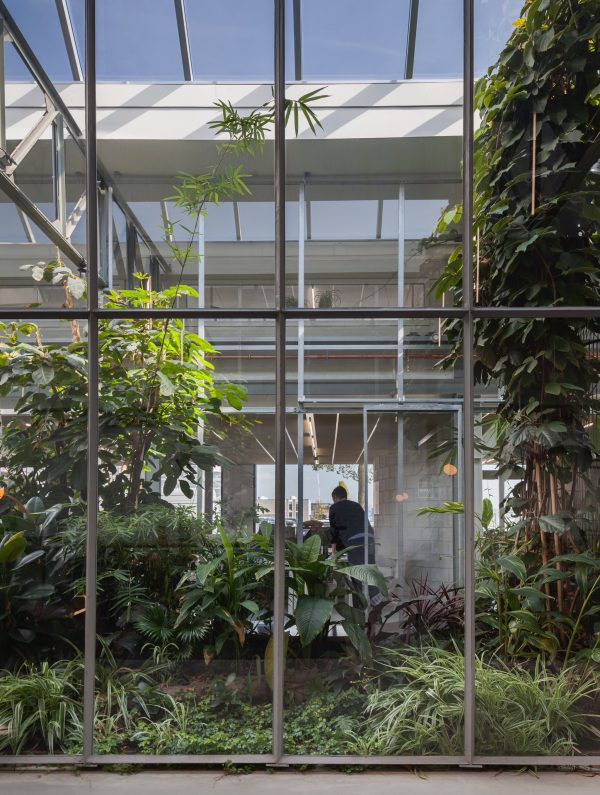 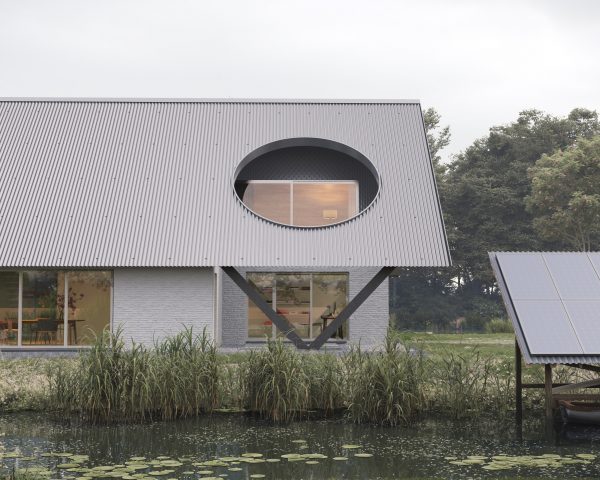